Win the day \\ After competing and performing all day, the Sapphires smile with all the trophies they won at the Crowd Pleasers competition Feb 19. After all the hours of practice under the direction of Stephanie Jackson, their hard work paid off and the girls were Grand Champions.

After hours and hours of practice, all of the hard work that the Sapphires put into each and every routine has paid off. Winning trophy after trophy, the girls left the Crowd Pleasers competition as Grand Champions.

“While I’m competing, I always try to focus on the dance so I don’t mess up, but sometimes the thrill of it all gets to me,” junior Macey Norris said. “I look away from the audience since that is something that I know will freak me out, especially in smaller dances like officer dances or a solo. After a performance though, I am the type of dancer to completely block out the performance.”

The dancers learn five routines for football games, five for the pep rally, a range of four to eight for competitions, and a range from 7-10 for their spring show. The team practices every morning from 7:30-9:15.

When waiting for results my heart is racing, I always want our team to perform well, we are normally holding each other’s hands and anxiously waiting”

“It was awesome to compete with the whole team for the first time,” Norris said “It was my first one as an officer, so fitting in all 10 dances I was competing in was definitely a challenge, but I loved every second! At the end of the day, at awards, the feeling of being grand champs put the cherry on top.”

Every year, the team goes to three competitions in the season, but this year they were only able to go to two due to the ice storm in February that happened the weekend of their first competition, causing them to pull out due to transportation issues. They did have the option to compete solos and duets if they were willing to drive with the weather.

“When waiting for results my heart is racing, I always want our team to perform well, we are normally holding each other’s hands and anxiously waiting,” senior Isabella Schulting said.

In drill team, all of the competitions are equally important but they go to different companies to compete. At every one, the competition is different depending on the area. Some competitions have really good teams and others have teams they feel confident against. Every few years, they go to nationals but they haven’t been recently because of COVID. 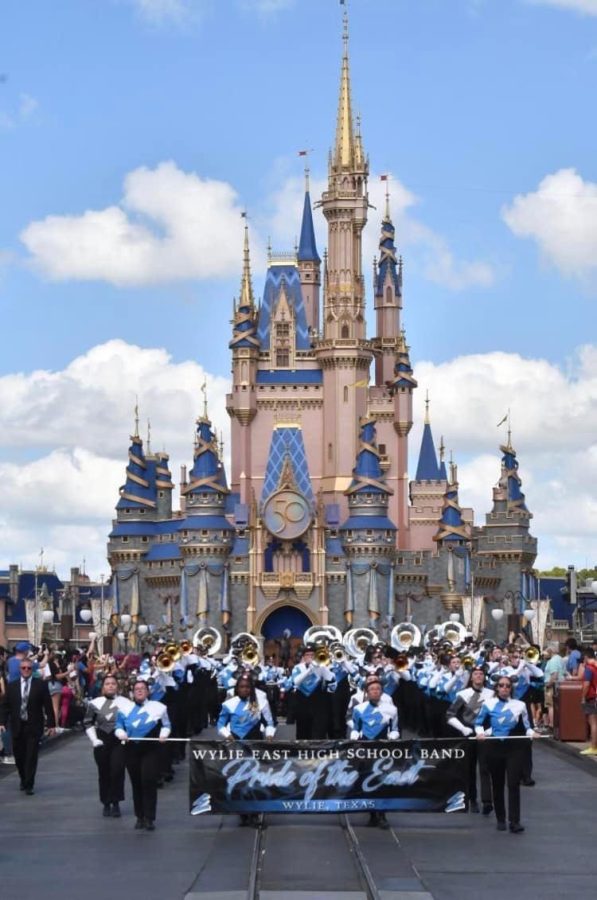 Keep in line \\ Trying to stay in their parade block formation, the Pride of the East marches down Main Street USA during their Disney trip over Spring Break. Their parade sequence music included the school Fight Song, On The Floor, a drum cadence, and the closer to their 2021 marching show, “Efflorescence.” Each musician became a Disney employee for the day and got to experience how all the magic happens.

After a very long bus ride all the way to Florida, the Pride of the East got the chance to march in Disney’s 50th anniversary parade March 5. They visited Universal Studios for two of the days, Epcot, Magic Kingdom and Hollywood Studios.

This is a trip the band goes on every four years, so everyone in the program has a chance to experience the most magical place on Earth.

“My favorite part about the trip was hanging out with my friends because it gave us the opportunity to grow closer and connect in a public setting,” junior Mason Unger said.

Band members experienced what happens behind the scenes before the parade because they had become a part of Disney’s staff. They warmed up and received instructions from a Disney employee before putting on their full uniform to show off the Pride of the East logo. After the parade, they received a Mickey-shaped trophy that is now on display in the band hall.

Marching through the parade was an amazing experience, to see people we didn’t know watching us and actually enjoying us was really cool”

“I liked Universal more than Disney because we had more time to do stuff and the rides were more fun,” Unger said.

The jazz band also performed on the last day of the trip while in Universal Studios. With the support from their fellow band members, a crowd filled the pavilion to watch them perform under the direction of Adam Basset.

“My favorite park was Magic Kingdom because we got to march down Main Street and I got to spend a lot of time with my friends,” junior Zach Ford said.

Students were in groups of their choosing and got were free to explore the parks with their chaperone every day. From riding all the rides, to traveling around the world at Epcot, to eating endless concession foods and sweets, to taking hundreds of pictures at every display, students had their favorite attractions.

“My favorite ride at Universal was the Velocicoaster because I like fast paced and intense roller coasters,” Ford said.

The band’s parade sequence included the school Fight Song, On The Floor, a drum cadence, and the closer to their 2021 marching show, “Efflorescence.” They marched from Frontierland all the way through Main Street USA.

“Marching through the parade was an amazing experience, to see people we didn’t know watching us and actually enjoying us was really cool,” senior Gabe Rodriguez said.

The band left the Wednesday of the week before spring break and got back on the Tuesday of spring break. 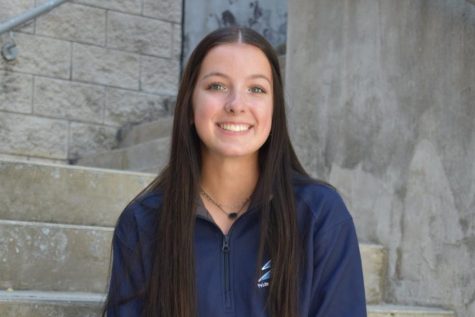 Hi, I’m Morgan! I’m a junior this year and this is my first year on the newspaper staff. I’m involved in band and I’ve been playing the French... 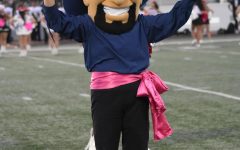 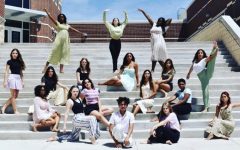 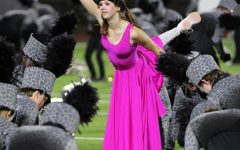 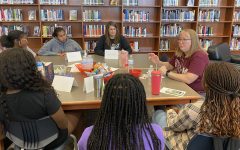 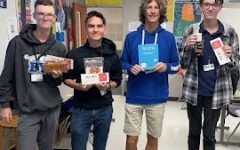 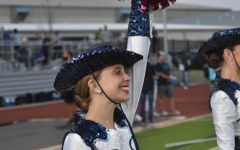 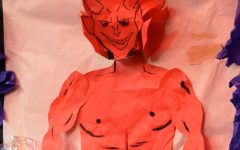