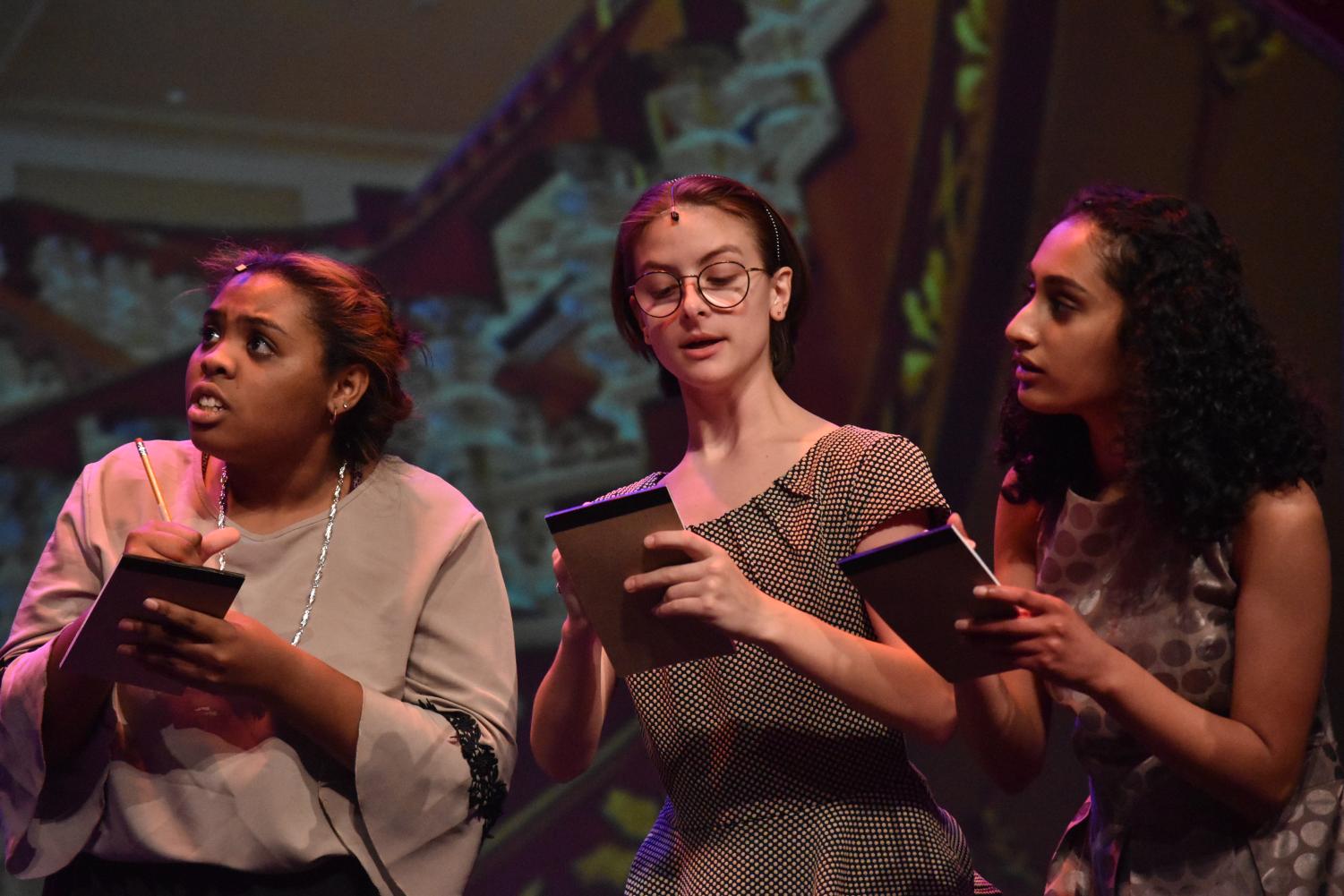 Practice makes perfect \\ Performing towards the audience, junior Madi Shavers and seniors Meredith Simmons and Naomi Jacob act out one of their scenes during a dress rehearsal before their upcoming show “Anastasia”. (photo credit: Kayla Robinson)

Practice makes perfect \\ Performing towards the audience, junior Madi Shavers and seniors Meredith Simmons and Naomi Jacob act out one of their scenes during a dress rehearsal before their upcoming show “Anastasia”.

Get to know the cast

The theater, choir and dance program come together to perform the play Anastasia, based on the classic movie, Anastasia. Every character had their own special touch to each role. Take a minute to get to know each character and the person behind them. 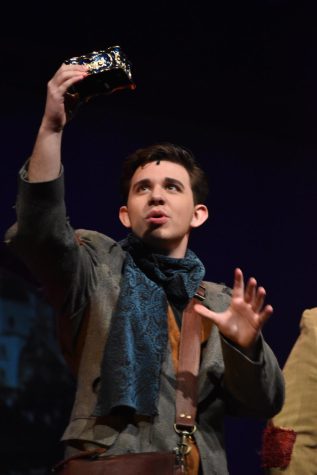 Dream Theater role and why?
My dream theater role is Edward in Big Fish, although if Hercules or any Marvel characters make it to Broadway, that would open up many fun possibilities as well.

What do you and your character have in common?
Dmitry and I are very similar, particularly in our mischievousness and determination. His boundless optimism inspires me to believe in myself and my dreams that way too.

If you lived in the world of Anastasia, what character would you not be friends with and why?
I would find it very difficult to be friends with the Dowager Empress, she’s just so pessimistic, beyond the point of being realistic. Even though I think she has a valid reason to be so negative, I’d feel so drained around her.

What was your favorite part about playing your character?
My favorite part of playing Dmitry was that his confidence and optimism definitely rubbed off on me. 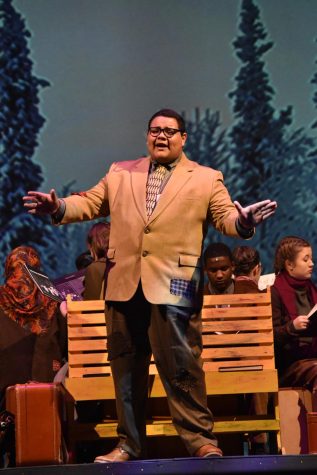 Dream Theatre role and why?

The genie from Aladdin. That guy was so fun and spontaneous and every joke he made came with a new decision. Voice acting is one of the most difficult things to do but Robin Williams was a master.

What do you and your character have in common?

Well, my character is very people-smart. His sense of confidence might not have the most solid base but it will always come in handy. He walks into any place as if he owns the room. He’s a sucker for the spotlight while also being a good friend and kind at heart. He is loyal to Dmitry and all of those are features I thankfully embody.

If you lived in the world of Anastasia, what character would you not be friends with and why?

The Dowager. She is written to be bitter and rude towards those outside of her circle. She has a bit of an attitude which works great to keep her subjects in check but not so great just to be around.

What does being a good friend mean to you?

A good friend is someone who is always there for you. In the good times just as much as in the bad. It’s a person who stays loyal and does whatever they can to help you succeed and grow. It’s also important that they are someone you enjoy being around. It’s the conversations you look forward to every day.

What was your favorite part about playing your character?

Having such a big range. I go from con man to father figure to lover all in one show. A person who stands loud and proud in a crowd but stands behind and kind of cowers behind Lily when the Dowager walks in the room. 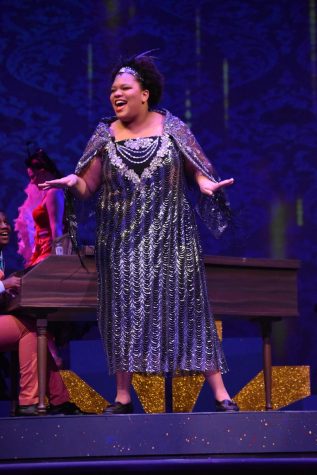 Dream Theater role and why?

My dream role would be to play Motormouth Maybelle from Hairspray.

What do you and your character have in common?

Lily and I are both hopeless romantics and always ready to have a good time.

If you lived in the world of Anatasia, what character would you not be friends with and why?

I could not be friends with Vlad because he is so wishy-washy with people and a user.

What does being a good friend mean to you?

Being a good friend means that no matter what happens with the relationship you don’t betray loyalty. It is fine to argue but not to spread dirt on their name.

What was your favorite part about playing your character?

My favorite part about playing Lily was the duality of her. One minute she is the life of the party and the Neva club rekindling old flames to strictly business. It was fun to play with how she would walk and talk in each of those scenarios. Also, the dancing was an added sprinkle on top. 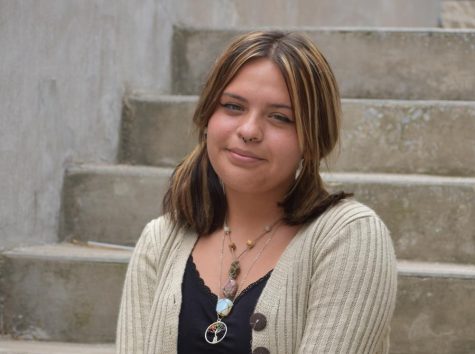 Hi!! My name is Jaylee Paredes and this will be my second year on the newspaper staff. I’m involved in different organizations such as Color guard, College... 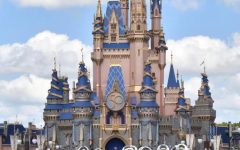 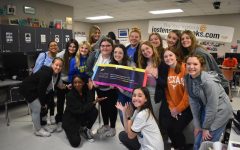 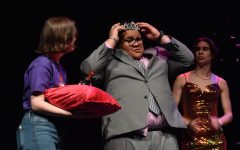 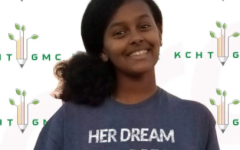 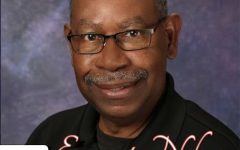 Keeper of the keys 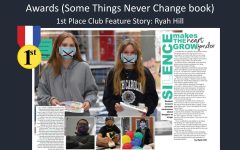 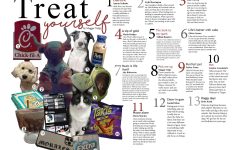