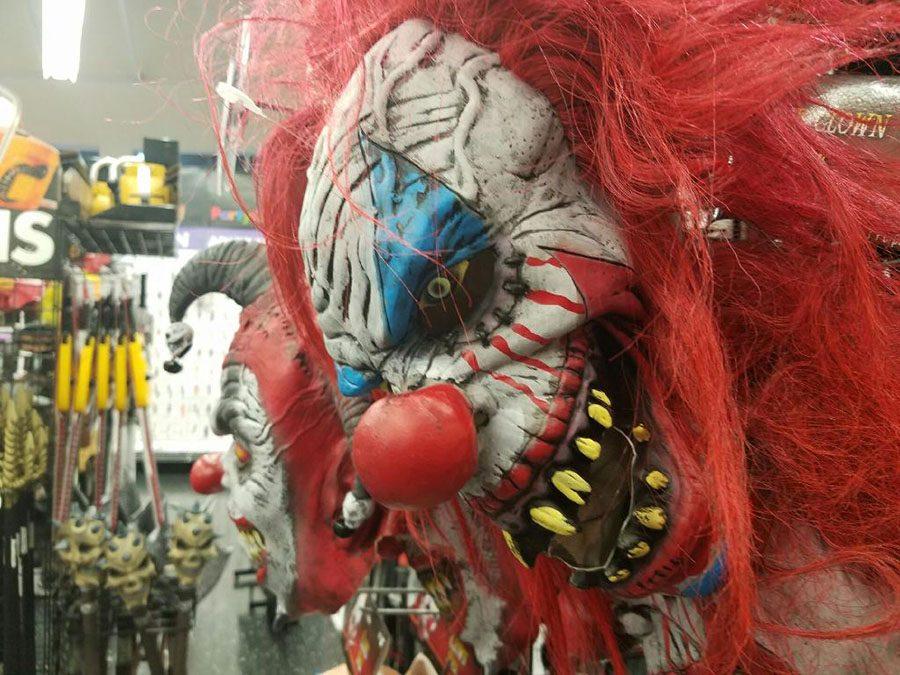 The masked terror \\ Coming in with a fearful tactic, clowns take on social media and cities with a frightful scare.

This month, the hysteria of clowns and their ‘attacks’ across the United States has brought students and parents into questioning their safety and its relevance to the people. Reaching across the city, these clowns have made quite an impression on people inspiring them to dress up in costumes and impose threats to the school district.

A collection of incidents took place around the country, and most of them were only pranks, yet they still faced consequences for their fearful tactics and were arrested and taken into custody by police.

You can get charged for a terroristic threat. The stuff that is being put out on Facebook is causing an alarm. It is putting students in fear.”

“It’s not a good idea for students to dress up as clowns,” said Jeremy Stone, the school resource officer. “Someone could end up hurt.”

Just putting on the costume and attempting to scare others can earn severe charges.

“You can get charged for a terroristic threat,” Officer Stone said. “The stuff that is being out on Facebook is causing an alarm. It is putting students in fear.”

Dressing in a clown suit can earn a third degree felony, due to it’s effect on some people. Clowns are even sending threats to students, messaging them on social media expressing ‘who’s next’ on their target lists. Freshman Abby Perez experienced those threats Oct. 3 and was scared for her safety.

“I was too worried to go anywhere,” Perez said. “Half of me was like is this fake or is someone just doing this for fun. I wasn’t sure.”

The clown went as far as messaging her in the morning on her way to school saying that it was following her.

“I was honestly scared, because there are crazy people out there,” Perez said.

Perez is now very aware of her surroundings and tries to lay low on social media.

“Students shouldn’t talk back to the clowns [on social media] in general because it would cause more controversy,” sophomore Loveleen Kaur said.