Vote for Eno to win player of week 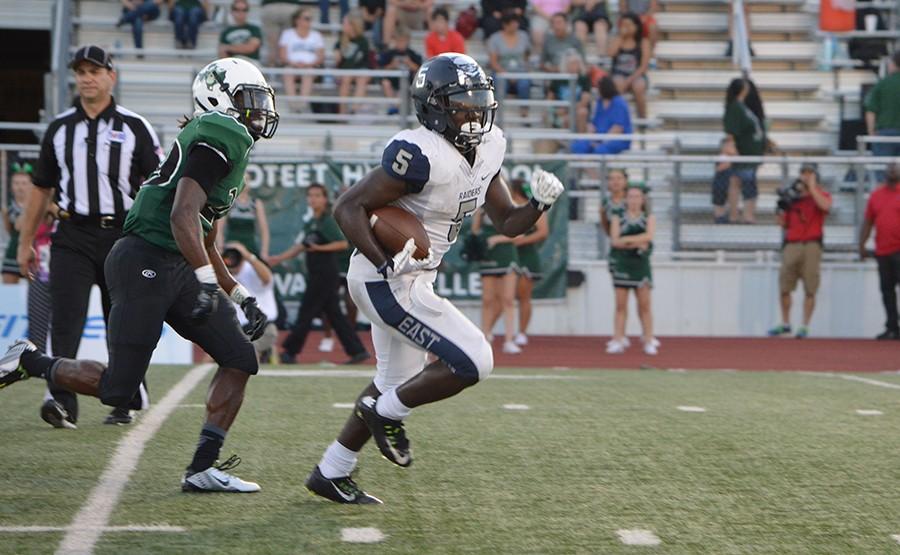 Sports day hero \\ Eno Benjamin, a junior on the varsity football team, runs the ball in for a touch down at the second season game against Mesquite Poteet, Benjamin and four other football players in DFW were nominated the following week to be "SporsDayHS Hero" by the Dallas Morning News.

Eno Benjamin has been nominated to be one of the choices to choose from for DFW’s Sports Day HS Hero of the week.

“I feel like my talents are finally being recognized not just in the school, town, but everywhere,” said Benjamin, a junior on the varsity football team. “It’s a great feeling.”

At the most recent game against Poteet, Eno had 265 rushing yards, 73 receiving yards and five touchdowns.

“I think I performed pretty well, but there is no such thing as a perfect game,” Benjamin said. “There are still things to get better at and it’s just week by week preparing for the future.”

To vote for Eno, visit: