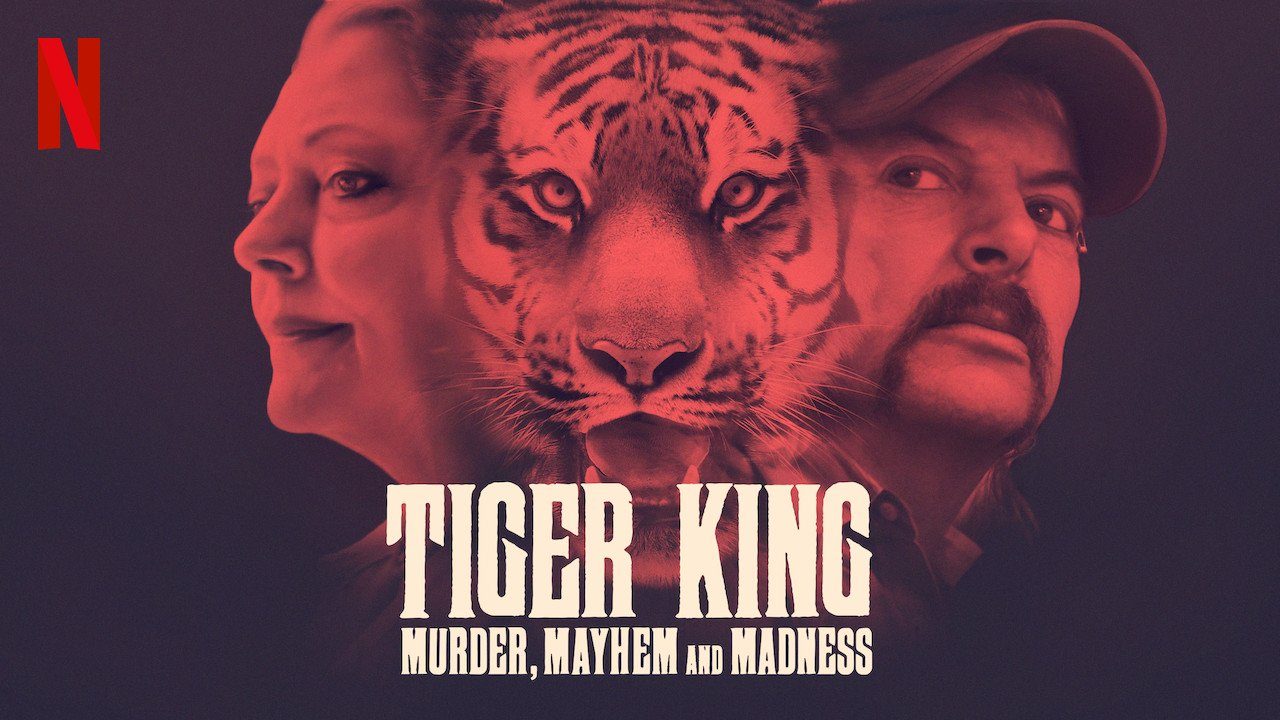 Claws Out for Tiger King

Starring a self-claimed “gay, polygamyous, broke” man, a big cat advocate who may or may not have fed her husband to a tiger, and a zany cast of characters, Netflix’s Tiger King: Murder, Mayhem and Madness has swept the nation, and for good reason. The documentary is unexpected and thrilling, and the perfect way to pass the time while social distancing.

Tiger King is largely about the private ownership of big cats, and the people who own them. Namely, Joe Exotic, the mullet-sportin’, gun-totin’ owner of G.W. Zoo in Wynnewood, Oklahoma, and his path to being convicted of attempted murder for hire against Big Cat Rescue owner and long time enemy Carole Baskin. And, wow, is it a crazy journey. With a few stops in Florida, a presidential campaign and a look at a zoo that seems like a cult, each episode is a new adventure.

The show is seven episodes, with each one clocking in at around an hour, so it is incredibly easy to binge. The formatting is perfect, keeping you on edge, as one episode covers a central topic before dropping a cliffhanger on the topic of the next episode.

With a few stops in Florida, a presidential campaign and a look at a zoo that seems like a cult, each episode is a new adventure. ”

The other thing that Tiger King does brilliantly is characterization. The show depicts everyone as what they are: human. The central people involved are shown in their best moments, and their worst, and each episode makes the viewer root for someone new. It demonstrates the immense complexity of the big cat industry beautifully.

And now is the perfect moment to watch the show; it’s a great way to pass the time in self-isolation, and better yet, Netflix just announced that Tiger King will be getting one more bonus episode called Tiger King and I, this Sunday, April 12. Stay tuned for the episode, which will be a comedic aftershow, featuring familiar faces from throughout the series. 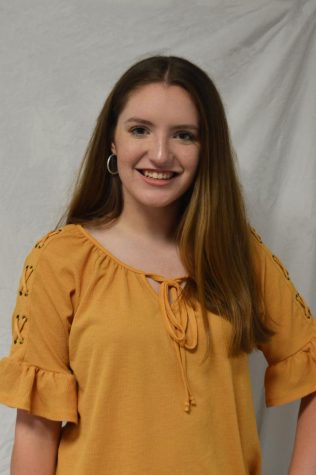 Due to self-quarantine and social distancing, some may feel like they’re stuck in a cage or in prison. The pandemic we are currently facing oddly parallels to the chaos and shock that fills the Netflix documentary Tiger King.

This show follows Joseph Maldonado-Passage, aka Joe Exotic, and his crazy shenanigans in zoo keeping, highlighting his peers in the industry and his rivalry against animal rights advocate Carole Baskin. If you are one of the few people that have not jumped on the bandwagon and watched this series, I suggest that you watch Tiger King before reading this, because there are plenty of spoilers ahead.

The pure mayhem in this documentary is like a car crash. You know you shouldn’t watch, but you can’t look away.

Despite how I enjoyed the show, I didn’t like how the producers presented Joe Exotic. They showed him as the protagonist, when in fact, there should not even be a protagonist in this series. I understand that it may be difficult not to establish such a narrative, as the audience may not invest into the documentary, but I believe that it may have created sympathy that Exotic did not deserve.

With Exotic established as the protagonist, the viewers were introduced to the antagonist: Carole Baskin of Big Cat Rescue. The viewers see her as this free-spirited, quirky woman in the beginning. As the show progresses, the audience is presented with a bomb: Carole Baskin, the genuine animal advocate that wears nothing but leopard print, may have murdered her husband. I, along with the majority, believe that she did kill her husband.

Not only did her second husband mysteriously disappear one day, but he vanished shortly after Baskin added the verbage “disappearance” into her husband’s will. It may not seem that Carole had a motive, but after the husband’s family and attorney discuss his wealth, the millionaire’s disappearance holds more significance.

All of this said, the show does seem one sided, presenting weak evidence to prove her innocence. This plays into the narrative that Baskin is the cold-blooded, calculated antagonist to Exotic’s protagonist character.

The opposition between Exotic and Baskin eventually landed Exotic in prison. Exotic always threatened Baskin, verbally with insults and physically by filming himself shooting practice shots at numerous targets, many dressed like her. This horrific act of online bullying was outweighed by the more terrifying act of Exotic hiring someone to travel to Florida and kill Baskin.

The hired man did not end up killing Baskin, but the exchange of money caused Exotic to be convicted. I am glad Exotic received a conviction for his heinous acts, but upset the man he paid failed to be charged for accepting the money Exotic gave him.

All in all, I think this insane show is a must watch, as I barely scratched the surface of its content. It is primarily entertaining and informative regarding the zoo industry, the Big Cat Public Safety Act, and the illegal selling of tigers.